Brazilian jiu-jitsu, or “BJJ” for short, has a simple concept: you can overcome an opponent by using proper technique and leverage with takedowns and ground fighting. A strong and heavy opponent can be dominated by a smaller, weaker person that takes them to the ground and applies joint-locks and chokeholds. BJJ has evolved into a popular self-defense system.

Part of this martial art’s uniqueness among various martial arts disciplines is its greater emphasis on ground fighting over striking. Trainees spend a lot of time sharpening their ground fighting skills. It is one thing to take an opponent to the ground; it is more important that you learn what to do in the midst of ground fighting, and how to use leverage to defeat your opponent.

Joint locks and chokes are your two main categories of submissions. There are many submissions that are taught in jiu-jitsu. Submissions ultimately defeat your opponent. 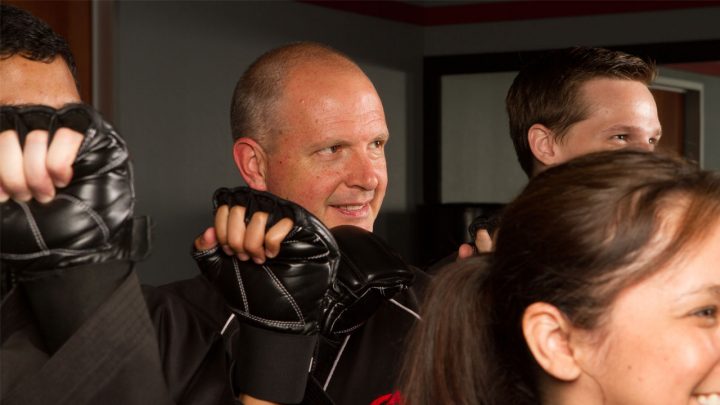